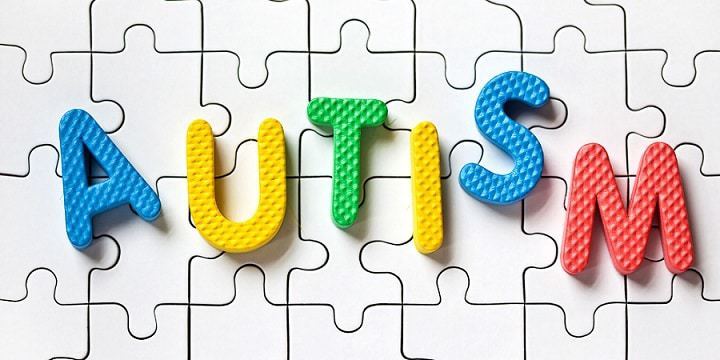 Everything You Have to Know About Autism

I first began to research autism when my daughter Daisy was diagnosed. We'd had her examined by a neurologist at age five, but that first doctor said she didn't have enough autistic behaviors to label her as autistic. Naturally, I worried about her. Would she struggle in school? Would she ever be able to make friends among her peer group?

If you are worried that your child is developing abnormally or that something does not feel right with him or her, the first thing you need to know is what autism is. First of all, people with autism are not necessarily of low intelligence. In fact, when my daughter Daisy was diagnosed, her doctor said Daisy does not have a learning disability and that her IQ score is quite normal for an elementary school kid.

However, every autistic person is different. Signs and symptoms vary greatly from person to person. Some people with autism present more severe symptoms. In these severe cases, an autistic person might be unable to develop language and be susceptible to temper tantrums. They might also have a hard time socializing with others. On the other end of the spectrum are kids like my daughter Daisy, ones who blend in with their peer group and function relatively well in everyday life.

Autism Spectrum Disorder (ASD) is as a neurodevelopment disorder. Those who are deemed autistic tend to exhibit repetitive behaviors and trouble with social interaction. ASD affects millions of people world-wide, and the disorder is found in all racial and ethnic groups. Boys tend to be more likely to develop autism than girls. Signs of the disorder are present, in most people with autism, by the age of two. According to the research, autism is a fairly common disorder, and it is estimated that 1 in 68 American kids fall within the autism spectrum.

Signs of Autism and Classification

One early sign of autism is a delay in language development. This was the first thing I noticed as abnormal in my daughter's case. Daisy did not babble at all as a one-year-old. By the time she was two, she was still silent. However, I noticed that she could understand language. If I said, "Daisy, time to go to the park," she would grab her shoes and bring them to me so that I could put them on her feet. Daisy's problem was not with understanding language; she just had a hard time forming it for herself.

However, every child is different. Some people with autism develop normally at first, and then lose their acquired language by age two or three, which is a condition referred to as regression. In terms of speech, the following are all signs of autism, though they may not be present in every case, and many children without autism might also exhibit these signs:

In terms of behavior, people with autism tend to prefer to be alone. They experience intense or abnormal reactions to certain sensory stimulations. They may be made uncomfortable by particular sights, smells, tastes, sounds, or even textures. For instance, my daughter Daisy has an aversion to loud noises and covers her ears whenever she hears them.

People with autism often have difficulty understanding other people's feelings. Those with autism are also likely to enjoy routines and dislike changes in those routines. Some autistic kids display repetitive behaviors. They may flap their arms, rock their bodies or spin around.

People with autism often have a limited and specific set of interests. For instance, an autistic child might become fascinated by stacking objects together. In my daughter's case, she loves neatly arranging objects in her room. She has one wall where she has written her multiplication tables from 0 to 50 on tiny scraps of paper.

How Is Autism Diagnosed?

One thing you should know about diagnosis is that there is no specific medical test used for making a diagnosis. Instead, specialists look for a group of symptoms. Often, the child is brought to a specialist for evaluation based on the concerns of a parent, guardian or teacher. The specialist doing the examination will often partly rely on assessment questionnaires completed by teachers and parents.

Daisy was diagnosed after a teacher reported that she sometimes rocked back and forth in class and tended to flap her arms when excited. She also noticed that, while she was pleasant toward the other children, she had no close friends. I was called into the school to complete a questionnaire regarding Daisy's behavior at home. I also reported that she tended to rock and flap and that she'd had some developmental delays in speaking when she was 2-3 years old. Everything that her teacher and I reported, along with an IQ test and 30 minute observation by a doctor, contributed to Daisy's autism diagnosis. The observation and evaluation by the doctor included developmental and cognitive tests to see how Daisy compared to other children her age.

Autism and the brain

Though the causes of autism are not yet known or completely understood, some researchers believe genetics plays a role in the development of autism. Other non-genetic factors, such as environment, may increase the risk of a child developing autism. However, there is not one specific cause of the disorder per se.

A few things that contribute to the likelihood of developing autism are low birth weight, premature birth and advanced parental age at the time of birth. Other researchers believe that having a child less than a year after a previous one might also increase a mother's risk of having an autistic child.

At one point, people believed that vaccinations led to the development of autism. However, this has been disproved by science. Doctors and scientist recommend that all children continue to be vaccinated in order to prevent them from developing serious illnesses.

How Is Autism Treated?

Early intervention is one key factor in the treatment of autism. I made sure Daisy got extra help in pre-school by requesting that the school provide her with a speech therapist and special education teacher. As she progressed in elementary school, she had a special education service plan, called an IEP. In order for her to receive services, I had to sit for annual meetings with her teachers and therapist. Since she started receiving speech therapy at 30 months old, I have noticed significant progress. She no longer has any difficulty with speaking, and on her last report card her grades were up to A's and B's.

Because every autism case is different, treatment for autism spectrum disorder is personalized for each individual. Autistic kids are often strong in one area but deficit in another. Treatment often involves meeting with a speech therapist and/or behavioral specialist weekly. The behavioral specialist will help the child acquire social skills and reward positive progression. In my daughter's case, her therapist has noticed that Daisy struggles with certain social cues. For instance, Daisy finds it difficult to detect sarcasm or to know when someone is joking. The therapist is now searching for ways to help her acquire this skill by using different role-playing scenarios.

While there is no cure for autism, it is often treated with medications. My daughter does not currently require any medications, but some autistic kids do. These medicines treat the obsessive compulsive disor​der, anxiety and depression that some autistic kids have. Medicines prescribed are often the same as those used to treat mental illnesses, such as attention deficit disorder. Some parents of autistic children may not want their children to be heavily medicated. If you are one of those parents, you must discuss this with your child's doctor.

Some families elect to take counseling. Family counseling is a good way for families to come together and address specific problems. During sessions, a counselor listens to the family members’ struggles with coping with an autistic family member.

Autism can create challenges for people with autism as well as those around them. However, it is important to know that the disorder can be managed with therapy and medication. In my daughter’s case, her public school arranged the screening and evaluation with a doctor. They made the appointment for me, and I did not have to pay the doctor. Schools also provide special education teachers and therapists at no extra costs to parents. This makes treatment both affordable and convenient. If your child or a child you know exhibits autistic behaviors, it is important to have that person screened for autism as soon as possible.