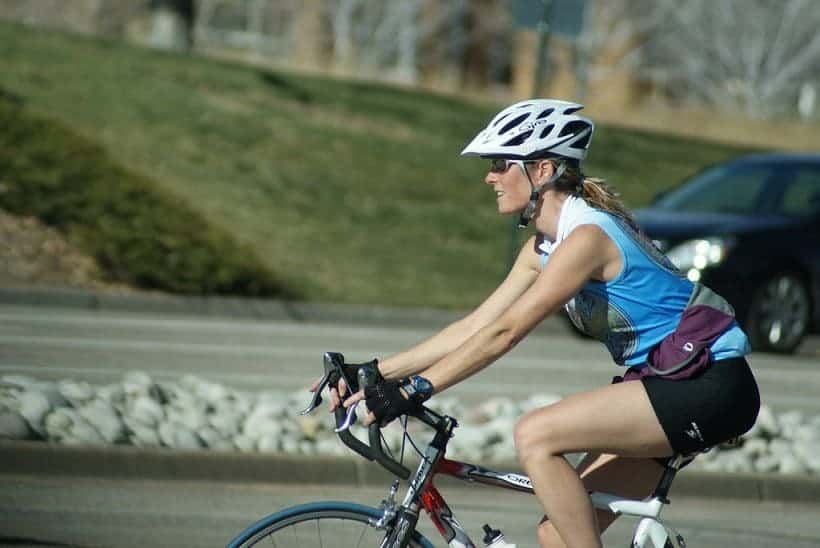 A quickstart guide to road cycling

Although cycling has always been a well enjoyed pastime, it’s popularity has soared to new heights in the last ten to twenty years. Cycle use has risen every year since 2008 in Britain alone, with around 20% of the population cycling at least one a month.

Recent data also showed that 12.4% of Americans cycled on a regular basis, which accounts for around 66.5 million cyclists and bike riders. That’s more active cyclists in the United States of America than there are people living in the United Kingdom.

What is Road Cycling?

Road cycling is the most widespread form of the sport, and itself encompasses numerous other forms and variations.

There are a number of different bicycles can be used on the road, including:

Racing bikes are the most likely the variation you’d associate with road cyclists, or would refer to as a road bike.

What is a Road Bike?

There are a few distinctive features of road bikes that will help you spot them. First of all, they tend to have drop handlebars. This defining feature seems to dissuade a lot of people from getting a road bike, but they can be a powerful weapon. The unique shape of the bars allows you to adopt a range of body positions on the bike; which can determine your speed, comfort, and capability.

Secondly, you will notice that road bikes use narrow, high-pressure, tyres. These allow for greater speed and manoeuvrability on the road. When coupled with the drop handlebars, and a raised saddle, these bikes are widely recognised for their aerodynamic efficiency.

Furthermore, road bikes tend to be A LOT lighter than other variations, greatly increasing the amount of energy saved whilst pedalling.

A large majority of road bikes will also have multiple gears and ‘rings’, although there are a number of one-speed/ fix gear varieties available.

Finally, although this feature is optional, many road bikes will be fitted with clipless pedals (clip in pedals).

Who can get involved in Road Cycling?

The best thing about road cycling, is that anyone can do it. The diversity of the activity means there’s something for everyone:

I got involved in road cycling on a whim, without any pre-existing knowledge or experience in the sport. I had no idea how to ride a road bike, or what I would need to get started. But I haven’t regretted it for a single day since.

I simply popped down to the nearest store, and pestered the staff for what I’d need. They gave me a five-minute tutorial on how to control the bike, and use the clipless pedals, and I was on my way.

Do I think this is the best way for you to get involved?

No, probably not. But the point I’m trying to make is, that it’s easier to get involved than you might think!

How to get involved in Road Cycling

The best way to do this is to speak to people already involved in the activity, whether you swing by a local store, or visit an online forum.

Many cycling clubs are open to riders of all levels, including those who’re just getting started. When I joined my first club, the passion I felt for cycling increased tenfold, and I learned more about cycling than I could have alone. To find a club, you can do a quick search online for those in your local area.

Alternatively, if you’re someone who needs a challenge or goal to work towards, I’d recommend you check out cycling sportives near you. These large group rides (usually 500 people +) are an excellent way to motivate you to ride. There’s usually multiple routes and distances for you to choose from, so there’s no need to jump straight into the deep end if you’d rather not.

You may find that this involvement inspires you to involve yourself in other endurance sports, like swimming and running. The exhilaration is more addictive than you’d think.

What will you need to start road cycling?

There are a few items you will, and may, need in order to get involved in road cycling:

A bike is the only items you truly ‘need’ to get involved, but as advocates of cycling safety, we implore you to wear a helmet. Your safety will always be more important than your hair.

The other items on this list aren’t mandatory, but all contribute to improving comfort and speed. They also go a long way to immersing you in cycling culture, which is one of the best things about the sport.

Where to buy cycling gear

We’re under no illusion that getting involved in something like cycling will entail some upfront investment. These items could put a dent in your bank account if all purchased from large scale cycling retailers. However, we’re positive you could find some more affordable options by perusing online.

Or, since it’s that season, why not request a few of these items as Christmas presents? Last year, I think bike gear made up around 80% of my holiday haul. So, I know any of these items would make a great cycling gift!

Where can you ride?

The greatest joy of cycling is the accessibility; the whole world is at your doorstep. However, you will be expected to obey the same laws and rules as other vehicle drivers on the road. For this reason, we’d suggest you take full advantage of the available cycling paths and cycling lanes in your area, if you’re just starting out. But that confidence will build, and you’ll have full agency on the road.

I hope this article has answered some of the questions you’ve had about cycling, or in the very least that it’s shed some light on the sport. I look forward to seeing you out there on the road.

Everything You Need To Know About Renting Your First Apartment

5 Reason why delegation is important to your happiness

How to manage stress as a working mom