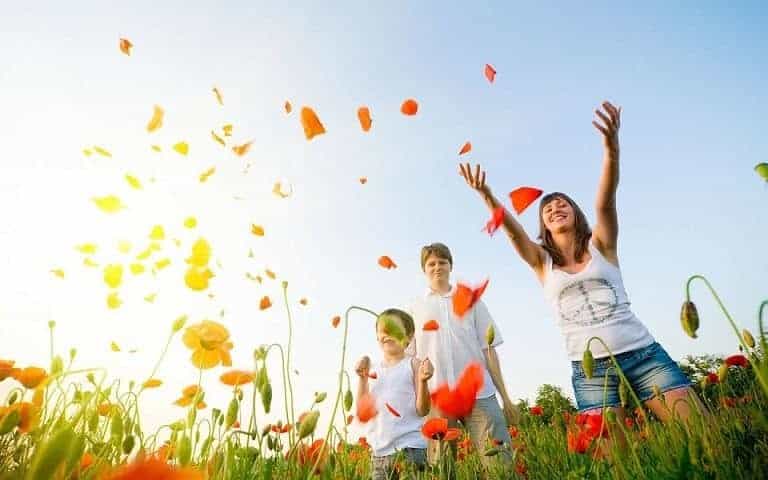 What is Dopamine and How Does It Affect the Brain?

Dopamine is one of many chemicals in the body, but as a Slate article notes, it's implicated in some real biggies: sex, lust, ﻿﻿﻿love, addiction, gambling, heart health, breastfeeding, body movement and mental health. Dopamine's widespread effects have to do with how it affects the brain. Dopamine is a neurotransmitter and neurohormone – one of a number of different chemicals in the brain that communicate information by relaying signals through nerve cells.

Every function in the body is the result of neurotransmitters performing either excitatory (stimulating) tasks or inhibitory (calming) tasks in the brain and nervous system. Dopamine is excitatory – without dopamine, I would never be able to get anything done, because dopamine affects my ability to focus and my drive to complete tasks.

Your body manufactures dopamine from an amino acid called tyrosine. First discovered in the early 1950s, dopamine was not recognized as a separate chemical because it is so similar to norepinephrine, which is an integral part of the body's response to stress (fight or flight response). Further study revealed that it was actually dopamine that played a major role in the brain. At the same time, researchers discovered that when dopamine-producing cells in an area of the brain called the basal ganglia died, patients developed Parkinson's disease. As confirmation, treatment with a synthesized form of dopamine called L-Dopa relieved Parkinson's symptoms.

Dopamine works by attaching itself to receptors in nervous system cells, or neurons. The cells have multiple receptor sites and there are different structures in the brain that perform different functions in response to dopamine – and thereby hangs a tale. In fact, it was my fascination with how many different things dopamine affects that spurred this article.

Most neurons don't make dopamine – they depend on the body to manufacture and supply it. However, those dopamine neurons that do manufacture the neurotransmitter do so in response to an activation signal. Activation signals include the sudden scent or sight of food (which explains why television advertisements offer pictures of luscious, mouthwatering goodies) or other visual stimuli such as a picture of a partly-clothed beautiful woman (which explains many men's magazines).

Drugs that cause substance abuse and addiction also cause the release of dopamine, which may account for why people become addicted – dopamine causes pleasure sensations in the neurons. Neurons in the ventral tegmental area (VTA) are the specific neurons that become activated – these help you learn about rewards and can condition the brain to respond in certain ways. You might remember from high school biology about Pavlov's dogs source, which learned to associate a ringing bell with food and would immediately begin to salivate upon hearing the bell. These dogs' brains were flooded with dopamine when the bell rang.

Beginning in 2004, scientists began to study whether adverse events – like an electric shock – could inhibit dopamine neurons. While the research seems to confirm this inhibition, dopamine was still being released during adverse events. Moreover, when people who experienced adverse events were given anti-dopamine drugs, it blocked the memories and learning from these events. Further research found that the VTA is made up of different sub-regions and different parts of the VTA either would or would not be producing dopamine at a given time. Researchers also found dopamine was produced in the areas of the brain called the substantia nigra pars compacta and an area of the hypothalamus called the arcuate nucleus.

Your brain has five different kinds of dopamine receptors. Think of these as doors that have slightly different locks on each door. While dopamine can fit into each of these “locks,” the way the neurons use their signaling pathways is slightly different in each case, so dopamine can cause a variety of different chemical actions in the brain. All dopamine receptors belong to either class D-1-like receptors (the DA D1 and DA D5 receptor subtypes) or D-2-like receptors (DA D2, DA D3 and D4 receptor subtypes). The DA D1 and DA D5 receptors stimulate the cell to which they are attached when they come into contact with dopamine, while the DA D2, DA D3 and D4 receptors inhibit the cells. Dopamine is carried into the neurons by two special cells called dopamine active transporters (DAT), which actually function in about the same way. Dopamine is released in quick bursts and must then be recycled; the DAT cells perform that function. The DAT cell seems to be responsible for the way cocaine works in the body. Cocaine blocks the DAT and prevents dopamine form being recycled. Instead, the dopamine builds up, continually stimulating the neuron, and can cause euphoria. Drugs, alcohol and prescription medications act either on the receptors or the DAT molecules.

How Does Dopamine Affect Our Brains?

Dopamine has a number of different effects in the brain. It's important to remember that this neurotransmitter changes the way nerve cells function, by either stimulating or inhibiting them. The precise effect of the dopamine depends on which receptors the dopamine attaches to and what chain reactions it initiates. Brain circuits control movement and they use dopamine to do it. When those circuits don't function properly, movement disorders like Parkinson's disease and Huntington’s disease occur. However, dopamine has also been implicated in depression, anxiety (try L-Theanine against anxiety), schizophrenia, obsessive-compulsive disorder and ADHD. In depression ﻿﻿and anxiety, for example, inactive dopamine receptors in the nucleus accumbens seem to be the culprit. These areas are associated with pleasure and rewards. However, overactive dopamine pathways that flood the brain with too much dopamine can result in drug addiction and schizophrenia. More specifically, dopamine plays a role in attention, behavior, cognition, learning, memory, mood, movement, pleasurable rewards (source) and sleep. It also affects prolactin secretion (prolactin is the hormone that regulates milk production).

An area of the brain known as the basal ganglia regulates your movements; they must have dopamine to function properly. Inadequate dopamine leads to Parkinson's disease, while excessive amounts of dopamine can cause repetitive tics.

When something feels good, animals and people tend to repeat the actions that precipitated the feeling. Food, sex, and various drugs can cause these sensations. Dopamine mediates pleasure in the brain, so excessive or inadequate dopamine can affect behavior in all of these areas.

Several drugs of abuse – most notably cocaine and amphetamine, prevent dopamine from being recycled. This leads to a build-up in dopamine levels and an increase in pleasurable feelings; eventually these can become addictive.

The prefrontal cortex of the brain affects working memory. A delicate balance of dopamine in this area is required for optimum function. If levels increase or decrease abnormally, memory suffers.

The term attention in neuropsychology means the ability to focus and direct one's thoughts in a specific direction. Children with ADHD have difficulty with attention and are easily distracted. When dopamine is lacking in the prefrontal cortex of the brain, attention deficit disorders are more likely.

Cognition is a term that describes thought processes such as thinking, problem-solving, judgment, memory and attention. DA D1, D2, D3 and D4 receptors are all involved in cognition and use dopamine to function. Inadequate or excessive dopamine level thus affects a variety of cognitive functions.

The anterior pituitary gland in the brain secretes prolactin, a hormone that initiates and regulates the production of breast milk during pregnancy and lactation. Dopamine produced in the hypothalamus inhibits prolactin-producing cells. When dopamine is absent and other hormonal shifts related to pregnancy occur, the woman’s breasts produce milk.

People who have social anxiety or social phobia have inadequate DA D2 receptor binding for dopamine. These conditions don't necessarily occur because dopamine levels are low, but because the dopamine receptors aren't working as they should. However, high levels of dopamine do occur in mental health conditions like bipolar disorder (manic-depressive states) or schizophrenia. High dopamine levels also occur in psychosis.

Dopamine affects the way the central nervous system processes pain. This is probably one reason why Parkinson's disease – which is characterized by low levels of dopamine – can cause pain.

Dopamine and Nausea and Vomiting

The brain contains an area called the chemoreceptor trigger zone that controls nausea and vomiting. Dopamine interacts with receptors in that area that monitor such conditions as the level of opioid medication in the blood or toxic effects from something you ate. When the level or opioid or toxin becomes too high, it triggers nausea and vomiting.

Dopamine is a fascinating neurotransmitter that affects many important body functions; while we know a good bit about the ones I've mentioned in the article, there may very well be more that science hasn't uncovered yet. Movement, thought, emotions, pain and memory are affected by dopamine levels and the way dopamine interacts with dopamine receptors. Two important takeaways: dopamine should remain in balance and dopamine affects many different functions because of the way it acts on receptor cells, not because there are different forms of dopamine.