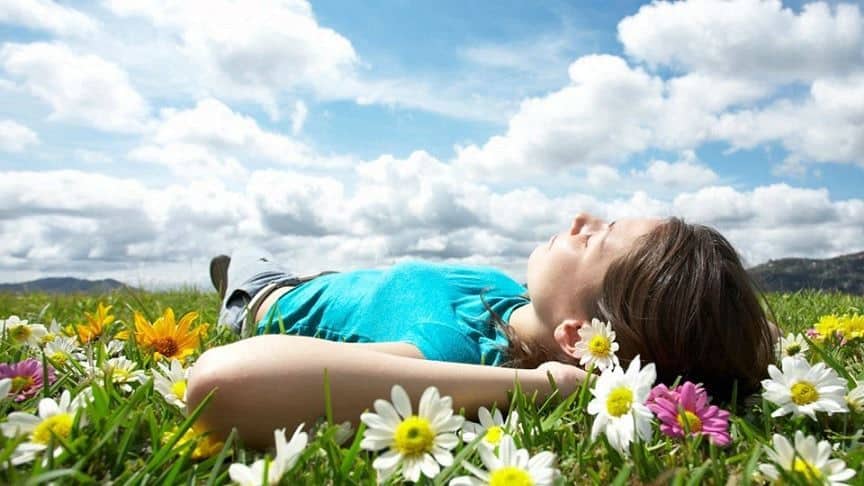 What is Oxytocin and How Does It Affect the Body?

Valentine's Day always gets me thinking about oxytocin, commonly called the “﻿﻿love hormone.” Although it is strongly associated with women, childbirth and lactation, men also produce this important hormone. What's fascinating about oxytocin is how many physiological functions, behaviors and emotions are affected by this one hormone in both men and women. Endocrinologists and social scientists have begun to study oxytocin and its role in social interactions, including how it affects love and bonding. Among other things, oxytocin affects maternal behavior as well as lactation, causes uterine contractions and affects sexual pleasure and social bonding. It may also promote fidelity in the male of the species.

Oxytocin Originates in the Brain

Although it was discovered by Henry Dale in 1906, the molecular structure of oxytocin wasn't unraveled until 1952. It is produced in the part of the brain known as the hypothalamus, but the pituitary gland controls oxytocin's release into the bloodstream. It may also be released directly into the brain and spinal cord, both of which contain oxytocin receptors – cells specially designed to bind the hormone. Vitamin C is a critical component of the cycle that allows oxytocin release and can even stimulate the production of oxytocin. Tissues in which oxytocin is commonly found in relatively high concentrations – like the ovaries, testes and placenta – are typically also areas where vitamin C is high.

Oxytocin is a neuropeptide, a small protein-like molecule that neurons (brain cells) use to communicate with one another. Neuropeptides influence brain activity and other physiological functions. Oxytocin is similar to some other hormones like vasopressin (which affects blood pressure) and can have similar effects in the body. There is some evidence that it affects social, cognitive and emotional behaviors. Oxytocin production operates on a feedback loop. For example, when a baby suckles, it increases the production of oxytocin; once the baby stops suckling, oxytocin production diminishes.

Effects in Males and Females

How oxytocin affects you depends on whether you’re male or female.

In both genders, oxytocin:

Oxytocin is used medically, primarily during labor and childbirth and in the immediate post-partum period. It can be used to induce labor when given intravenously and may also be used to strengthen uterine contractions when a woman has reached a certain stage in labor but is not progressing any further. The hormone is also used for the same reasons in animals. In the form of a nasal spray, it is being tested to see whether it can affect social behavior and bonding. For example, autistic children often have difficulty with relationships. It's possible oxytocin could help these children, as it may encourage people to seek more and better social contacts. There are also theories that oxytocin acts on the autonomic nervous system (which controls functions like breathing and heart rate) to help protect the nervous system from stressful circumstances that might otherwise trigger the fight or flight reflex (Source).

How Does Oxytocin Affect Our Bodies?

In the brain, oxytocin triggers the release of two neurotransmitters, serotonin and dopamine. Serotonin levels increase when people feel significant or important and fall during periods of loneliness and depression. Anti-depressant medications help raise serotonin levels. Serotonin is also involved in healthy sleep and so is oxytocin, probably because it counteracts the effects of the stress hormone cortisol. Dopamine is a motivator, helping people achieve goals. Low levels of dopamine can result in procrastination, self-doubt and lack of enthusiasm. Dopamine also affects motor function – people with Parkinson's disease develop tremors and other signs of movement difficulties such as muscle weakness (Source). Oxytocin may decrease cravings during drug withdrawal for from opiates, cocaine and alcohol. A recent study showed that oxytocin is the source of the protective instincts against outsiders who might threaten family, clan or community.

The human body has oxytocin receptors in a surprising number of locations, which means it affects physiological ﻿﻿functions throughout the body. These receptors are found in the brain and spinal cord, the uterus, testicles and heart. Neurons in the spinal cord relay signals to the hypothalamus when an infant suckles, triggering the “let-down” reflex and causing milk to flow. This also causes uterine contractions after birth, helping the uterus to shrink back to normal size and decreasing the risk of bleeding.

Oxytocin, like vasopressin, can reduce the excretion of urine and increase sodium excretions – actions that affect blood pressure and fluid balance. Oxytocin from the mother crosses the placental barrier and helps protect the baby's brain from lack of oxygen during delivery. Oxytocin may even play a role in appetite suppression. People with a genetic disorder known as Prader Willi syndrome, which is characterized by uncontrollable eating and severe obesity, lack oxytocin cells in the brain. Research indicates oxytocin may even affect wound healing by decreasing substances that promote wound inflammation.

There is some research to suggest that oxytocin genes may be damaged or missing in children who develop autism. People with autism have difficulty developing relationships and responding to social cues. When humans spent some time petting dogs, oxytocin levels rose in both the human and the dog. Giving oxytocin to female sheep that have never given birth increases maternal behavior toward lambs. People who were given oxytocin by nasal spray seemed to increase their positive reactions toward pictures of people they recognized as being part of “their” group. People who received oxytocin showed a more positive response to their country’s flag, while not responding to other flags.

Oxytocin can help decrease feelings of fear and anxiety (try L-Theanine against anxiety) and facilitate trust and attachment between individuals. In animals, oxytocin has the same effects as antidepressant medications. Oxytocin can affect emotional memories, at least in men. Men who were given oxytocin by inhalation had intensified positive memories of their mothers if their previous relationships had been positive. Those whose maternal bonds were less strong showed degraded opinions regarding their maternal parent. Testosterone suppresses oxytocin production to some degree, which is thought to explain why men may be more aggressive in certain situations than women – the men have fewer feelings of empathy due to high testosterone production. Administration of oxytocin, however, increases empathy on men.

Studies have shown that nasally administered oxytocin increased generosity. People who were given intranasal oxytocin were also more willing to share emotional details and stories of negative events – a sign of increased trust. Oxytocin plasma levels rise in both genders during orgasm and may even allow orgasm to occur by decreasing fear and anxiety. In rats, oxytocin affects the ability to develop an erection. When men in a monogamous relationship were given oxytocin nasal spray, they increased the distance between themselves and an attractive female researcher. The oxytocin had no effect on the single men in the study.

Oxytocin may decrease tolerance (the ability to handle increasing doses of a substance) in drug addiction. It also reduces withdrawal symptoms. It may also affect whether people are more or less susceptible to addiction. There is some ﻿﻿﻿evidence that oxytocin can also decrease the craving for sweets.

Oxytocin has come a long way from the initial perception that it was only relevant during childbirth and lactation. Research is making it clear that it affects many important functions in both men and women, from emotions to sex to social interactions and even war. Who knows what else this hormone might do for us?