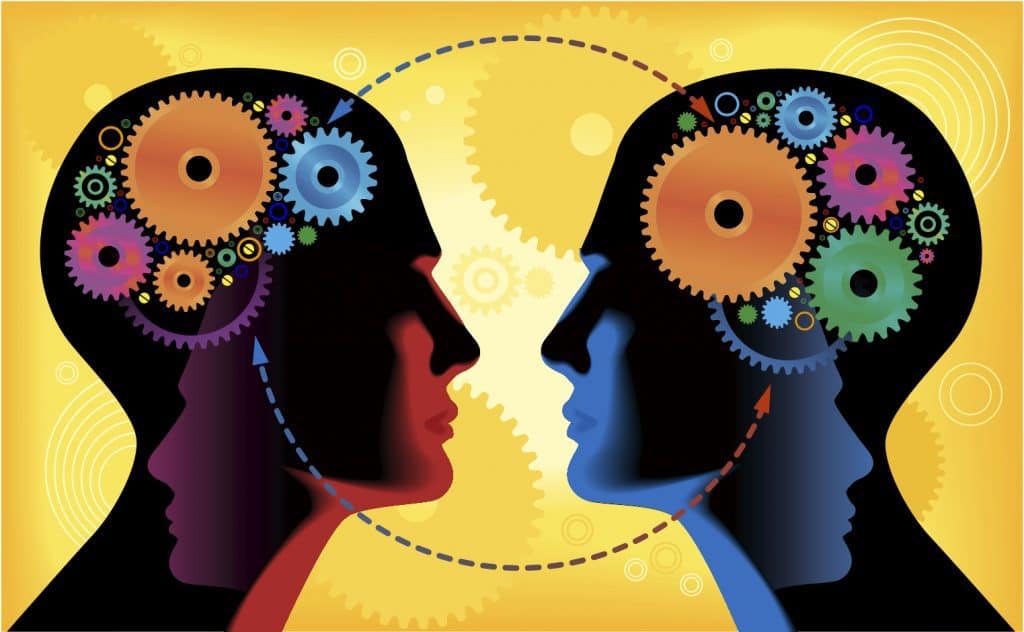 What is Empathy and How Does It Work?

The world is full of many kinds of people. Among other things, they are distinguished by their appearance and personality traits. But one of the characteristics that stands out the most is the amount of kindness and compassion that they show for one another. Some people seem to go about their lives with no consideration for the feelings of other people. Then there is a smaller group who are willing to risk their lives to ensure that even the most selfish people aren't hurt. The difference in these two groups of people lies in their levels of empathy.

Empathy is an important state of mind to understand because it is something that all humans share. It refers to the ability to relate to the suffering of another living being as if it is your own(Source).This article will discuss what purpose empathy serves in our lives, what causes us to have it, and the different levels of empathy that people have.

How Does Empathy Work?

Most of the information that scientists have learned about empathy comes from the studies done on monkeys (Source). Usually, researchers prefer to do studies on rats because they are intelligent and easy to breed. But monkeys have a similar DNA sequence and many behavioral patterns like humans, so researchers chose to study them in regards to empathy instead. Monkeys also have many facial expressions that mimic human-like emotions, which makes it easier to tell what they are feeling. And rats don't have this. The reason that animal research was necessary for understanding how empathy works is that it requires the installation of electrodes into the brain, and laws forbid this type of testing on humans. The following is some of the information that was gathered that is being applied to humans though:

The Purpose of Empathy

Early creatures on the earth didn't feel empathy for each other. So when one of them was attacked or injured, they were simply left behind. This caused only the strongest of them to survive for reproduction, and it led to a better gene pool remaining.

But this changed later on as animals became more evolved (Source), and humans began to walk the earth. Without fur coats, claws, or tough skin, humans didn't stand a chance of surviving without the cooperation of others. Humans needed each other for defense, breeding, and companionship. So they changed into beings who began to care for each other.

A person can be empathetic about many different types of situations. It helps them to relate to each other, and it gives them better communication skills. So some believe that the improvements in empathy have a lot to do with how evolved that humans have become (Source).

Empathy ensures that mothers are more caring towards their children, which leads to a higher rate of survival. It also makes men protective of their families, so they guard them against dangers. Empathy increases the likeliness of working together to bring in food and creating better housing too.

The Causes of Empathy

The reason for empathy is due to a group of cells called mirror neurons (Source). They were only just discovered in the 1990's, so more information about them is still needed. But what researchers know so far is that their main job is basically to catch and reflect back the feelings of other living beings. So in other words, if one person is injured, another would feel bad for them even though the pain wasn't their own.

Empathy is also a learned trait (﻿﻿﻿Source﻿). People and animals can be taught to react to situations with care and concern. This is called “cognitive empathy” because it isn't a physiological response though. But some people are never taught this trait, so they struggle with comprehending the needs and emotions of others. Those who grow up in abusive homes with no love or affection tend to be less empathetic unless they are taught this trait by other outside sources.

The Variations in Levels of Empathy

People have different levels of empathy. Some have more or less than others. The amount of empathy that someone has is dependent upon the amount of mirror cells that are in their brain. If they have too few of them, they won't have a conscious. These people tend to be sociopaths or psychopaths. They are manipulative and coercive, since without empathy, they feel no remorse.

There is a difference in the amount of empathy that each sex has as well. Studies have shown that women have higher levels of it than men do (﻿Source﻿). This is due to their lower levels of testosterone. Men have ten times the amount of this hormone than women do, so they tend to feel less sensitivity to the emotions of others. Women also have higher levels of oxytocin than men. It is responsible for the way that they bond with their babies. The oxytocin makes them more nurturing and caring towards other living beings besides their children though. The area of the brain that is responsible for empathy is the supramarginal gyrus, which is located close to the frontal lobe. This area is larger in women than it is in men, so this also contributes to their higher levels of empathy.

Psychiatric disorders can affect the level of empathy that people have too. Diseases like bipolar disorder have been shown to reduce the amount of empathy that a person has for themselves and others. This is part of the reason that people who have bipolar disorder tend to do dangerous things that could hurt them when they are in a manic phase. Without enough empathy to help them consider the effects of their actions, they are doomed to repeat them over and over again. Post-traumatic Stress Disorder and Narcissistic Personality Disorder can both impair empathy levels too (Source). And people who have suffered brain damage in the supramarginal gyrus region may not have any empathy either.

In conclusion, the amount of empathy that a person has for other people is dependent upon whether or not they were raised in a home where care and concern was common. The amount of mirror cells that they have and whether or not they are a male or female also plays a part in it. Some people have significantly less mirror cells than others, which can contribute to them being sociopaths or psychopaths. But no matter why a person has more or less of it, empathy is crucial to the survival of humans because it helps them to protect and care for each other. Without it, mothers wouldn't care for their young, and fathers wouldn't protect their families. So the next time that you see someone who doesn't seem to show much concern for anyone around them, remember that there could be more factors at play in why they are that way. And maybe, this will help you to have higher levels of empathy yourself.