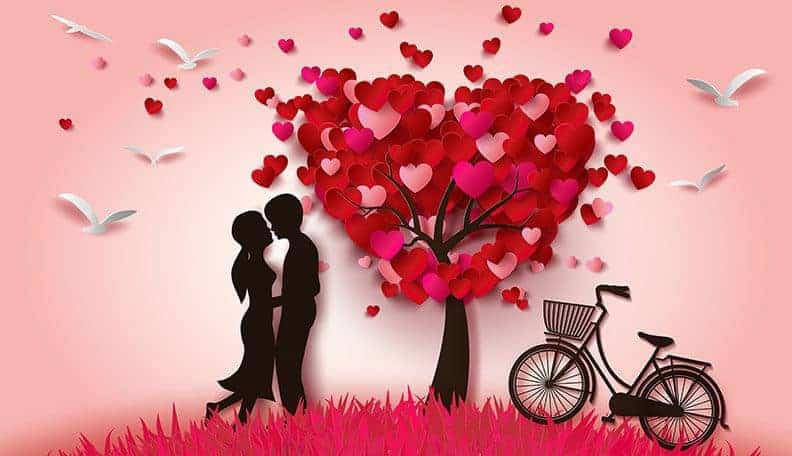 What is Love and How Does It Work?

Yet the craving - to know, to understand, to quantify, to clarify, to replicate - remains. So people write more songs about love, and ever more people listen to them, and in the meantime scientists and sociologists and counselors and common folks like me and you strive to make sense of what is basically one part biology, one part chemistry and one part complete and utter mystery.

In this article, learn what my own research has revealed about what love is, how it works, the different types of love, why humans seem driven to love and what we can each do to get better at loving, one relationship at a time.

As well, as the University of Tennessee's Internet Encyclopedia of Philosophy points out, there are three different "love natures," each of which can be found in the different types of love relationships present between people:

When you think about the word "love," what springs to your mind? For most people, it is romantic love. This is so much the case that most songs about love are written about romantic-type love rather than the many other fulfilling types of love relationships that also exist.

According to the National Institutes of Health (NIH), non-romantic love-based relationships can include these:

This is also why, so often, people who "fall in love" with a partner romantically often have much less time for other types of relationships, even those where they formerly invested a great deal of time and energy.

According to Psychology Today, there are seven general types of romantic love-based relationships:

For example, a new love relationship may start at the "liking" level where there is mutual friendship and sharing. Then it may proceed to the infatuation level where there is intense physical contact. Then it may further evolve into companionate love that is longer-term. Here, there are infinite possible permutations for how any single romantic love relationship may unfold.

The Stages of Romantic Love

The Science of People outlines the three major stages of romantic love-in-progress:

As its name suggests, this stage is driven by physical chemistry. In women, estrogen is the main hormonal driver for feelings of lust. For men, the responsible hormone is testosterone. Underpinning both is adrenaline, that onrush of "good" st﻿﻿ress that unmistakably lets you know when your beloved is nearby. The goal of this first stage of romantic love is simple: mate attraction. The reasons, however, can vary from a simple desire to have sex to a desire to start a family.

Once estrogen and testosterone have done their work to promote the initial bond, the attraction phase sets in in earnest. This may not sounds like an even more intense stage than lust, but in many ways it actually is. Two neurotransmitters, norepinephrine and dopamine, make sure of it by continually triggering the reward centers in our brain when we are around the other person. Another neurotransmitter, serotonin﻿﻿, continually reinforces the good feeling of being around the beloved.

The attachment phase may feel like a relief or a let-down, depending on how much you like the non-stop rollercoaster ride feeling of lust and attraction. But attachment is where the real bonding can begin. Here, two other neurotransmitters take over from serotonin, norepinephrine and dopamine. They are called oxytocin and vasopressin, each promotes a longer-term connection than their predecessors could pull off.

Couples that progress through each of these stages have the best chance of enjoying the full potential and benefits of a romantic love connection.

The Biology & Chemistry of Love

According to Your Amazing Brain, there are a host of "love facilitators" located on a fundamentally biochemical level. From the hormones estrogen and testosterone to the neurotransmitters serotonin, norepinephrine, dopamine, oxytocin and vasopressin, it can almost seem like we have been pre-programmed not to fail at finding (or at least seeking) romantic love.

As well, without these willing and able biochemical helpers to drive and guide us, it is likely very few (if any) romantic connections would proceed much past basic lust, if they even got that far.

Here is where it is so easy to see that feeling romantic love and finding ways to express it are as hard-wired into our basic biology in their own way as breathing and heart rate.

In fact, while modern humanity may feel far distant from the millions of non-human species we share this planet with, in certain areas, we are nearly identically wired. Like non-humans, we are programmed to have sex, to seek a mate, to reproduce, to evolve, to go on.

The Psychology & Sociology of Love

Today, however, we are not just biochemically wired to feel love and act on it. We are also psychosocially wired to do so.

It doesn't take much more than flipping through a magazine or turning on the television to witness how intensely romantic coupling is woven into the very fabric of life itself. Music, movies, literature, advertisements, social mores, holiday festivities - everything seems to revolve around the romantic pairing.

Even for those who self-identify as a-sexual or a-romantic often feel psychosocially compelled to try to date, mate, find a partner, find an "other half" so they won't miss out on the chances that often seem only open to people in romantic partnerships.

Often, when they tell their stories, it instantly becomes clear that, for self-pronounced a-sexual or a-romantic people, it isn't an inability to feel love or to participate in a loving connection with another person that is the problem. It is the biochemical as well as psychosocial drive in most other people that can rob them of the opportunity to find other meaningful ways to participate in relationships.

Are Humans Hard-Wired to Love?

The body of scientific research available today points to "yes" as the answer to this question. Harvard Medical School's Department of Neurobiology (HMS-DON) shares results of a research study involving 2,500 student participants.

The former group showed significant brain activity in areas associated with good-feeling, rewards and pleasure. Some of these areas represented the most "primitive" areas of the human brain, such as the "evolutionarily old" neural network known as the ventral tegmental area, which is hardwired into the reward circuitry of the brain

Even more interestingly, however, the HMS-DON study also highlighted how that primitive structure works to reinforce the drive to fall in love. It works by manipulating hormone levels to replicate similar "highs" to what occurs when people drink or use cocaine.

Further studies show that, while for many couples this euphoria decreases after the first 12 to 24 months of coupleship, ample evidence also exists to show it doesn't have to.

For some couples, even 21 or 30 years together has not yet dampened the the euphoric feelings. When studied, the brains of these lifelong couples showed the same brain wave activity as the college students who looked at someone they cared about.

The word "love" is such a simple word. It is one syllable, four letters, and so universally recognizable it doesn't even require translation for many non-English speakers. Yet trying to decode its mechanisms and decipher how love "does what it does" when two people are drawn together is an ongoing field of scientific research that is just beginning to reveal a handful of love's many secrets.

What the research that has been done to date makes clear is that human beings, like many species, are biochemically hardwired to seek, find and sustain love relationships. As well, unlike some non-human species, humans are also psychosocially reinforced to pair up in romantic love relationships.